Secrets of the Shanghai Ghetto

Beth Torah Sisterhood is pleased to welcome Helene Herman to speak on the subject: Secrets of the Shanghai Ghetto.

By the outbreak of World War II, Shanghai sheltered more Jewish refugees than any other place in the world. This presentation will explore the history of Jewish Shanghai from the turn of the 20th century through the creation in 1943 of the “Restricted Sector for Stateless Refugees” known as the Shanghai Ghetto in the Hongkew district of Japanese-occupied Shanghai. This is a story that many Americans do not know but one that is taught throughout China. 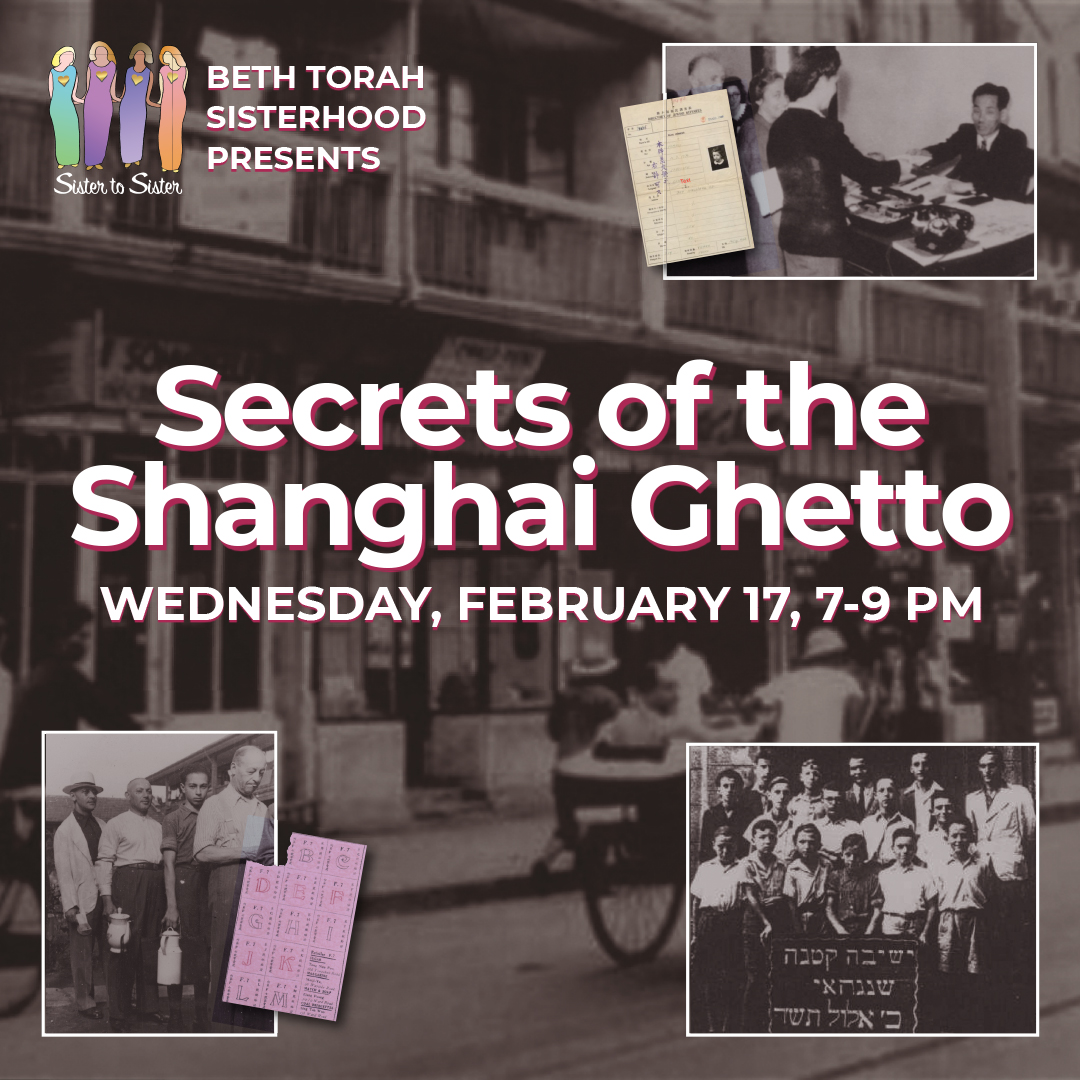