BESA: A Code of Honor – Muslim Albanians Who Rescued Jews During the Holocaust Virtual Event

Following the German occupation in 1943, the Albanian population refused to comply with the occupier’s efforts to turn over lists of Jews residing within the country’s borders. The Albanians protected their Jewish citizens and provided sanctuary to Jewish refugees. The assistance afforded to Jews was grounded in BESA, the code of honor which still today serves as the highest ethical code in the country. 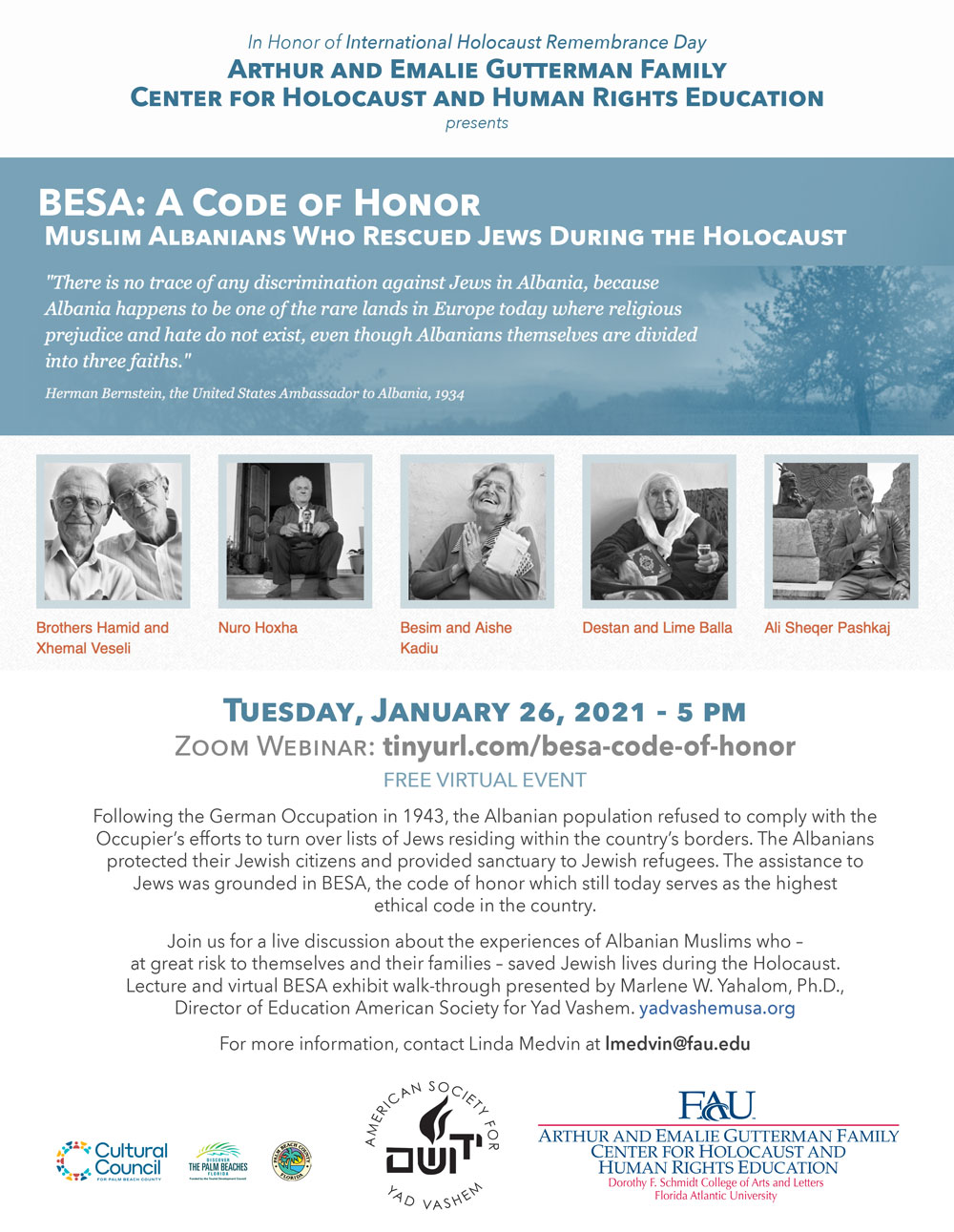